Carol Baxter is a Fellow of the Society of Australian Genealogists and one of the country's leading genealogical researchers. She has published widely in the area of Australian colonial history.

On writing Breaking the Bank:

Researching true stories like the Bank of Australia robbery is intoxicating, addictive. I follow leads and have no idea where they might take me: sometimes brick walls, sometimes the most unexpected gems, sometimes even the subject for another book. I actually discovered the story of this truly outrageous robbery while researching my previous book, An Irresistible Temptation: the true story of Jane New and a colonial scandal. Jane reportedly provided the authorities with information about ‘the bank robbery’ but there was no mention of which bank robbery. I soon discovered why. It was the first ever bank robbery in Australia and had occurred only a few months previously. As the thieves stole the equivalent of around $20 million in today’s money, everybody knew about it.  Great stuff! I was so keen to get working on the story that I started the research four hours after handing over the Temptation manuscript.

The problem with writing true stories is that the research never ends, that even with an exhaustive effort one can still only hope to gather around 95% of the available information. Sometimes new information pops up at the worst possible time: like when I’d handed over the final draft of Breaking the Bank, the plates had been set, the printing presses were about to roll, and I was in England researching my third book. Through a coincidental link between the protagonists in books two and three I stumbled across a piece of critical information in a book published only two months previously; it meant that I needed to rewrite the first chapter of Breaking the Bank! So I e-mailed my publisher and editor but had to tread lightly – an indirect light-hearted approach:  ‘There’s this researcher in England who just happened ...’ And, of course, what was the response? No!  Really sorry, but NO!!!

Another problem with research is that different research angles can turn up different information. While I hadn’t had any clue that I should look in that series of records, another researcher examining the record series itself for a different purpose might have come across the elusive information, and if he or she read my book, the omission would be glaring and word would spread. I e-mailed someone back in Australia who I thought might have found the information while working on a PhD. She had!  My pleasure in the book, already dashed by this discovery, died.

I finished the UK research more quickly than expected and, having been ill for the whole month (the joys of an English winter!), I hopped on the next available plane and returned home 10 days early. When I e-mailed Allen & Unwin to say I was back, my editor said that it was most timely, that they’d picked up some typesetting errors and were making a few corrections to the plates; could I please check them. At which point I said: ‘Ah, you know those changes i wanted to make ...’  After much grovelling and promises on my children’s lives that I would never ever do it again, I was allowed to make small changes on three pages and these neatly incorporated the new information. Can you work out what it was? 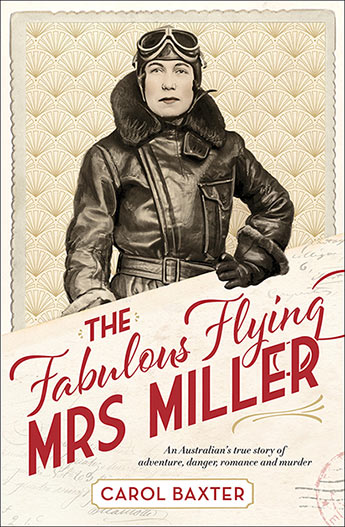 Fast-paced and surprising, this story of Australia's first female serial killer is as exciting as it is thought-provoking. 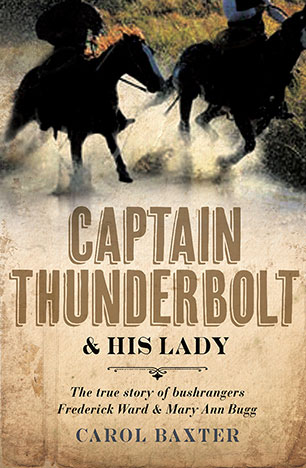 Captain Thunderbolt and His Lady

He was the gentleman bushranger . she was the woman who rode with him. Full of action and drama, this is the richly detailed and unputdownable true story of Captain Thunderbolt and his lady. 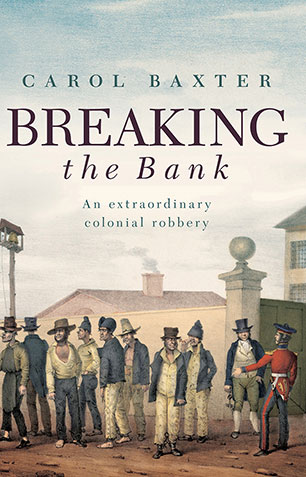 A fast-paced history of Colonial Sydney that tells the extraordinary story of the country's largest ever bank robbery and the people caught up in its wake - from the author of An Irresistible Temptation. 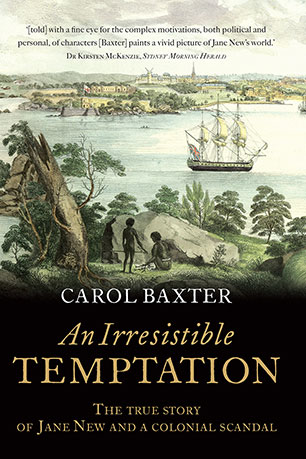 Seduction, dramatic escapes, embezzlement and political intrigue aplenty in this story of the convict, Jane New, and the scandal that rocked Australia's early colony to its core.