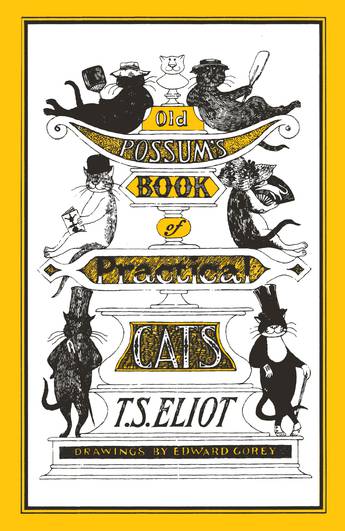 A stunning new gift edition of this much-loved classic, with the celebrated black-and-white illustrations by Edward Gorey.Cats! Some are sane, and some are mad.Some are good, and some are bad . . .The whimsical 1982 Old Possum's illustrations have been lovingly restored and are showcased in this beautiful new poetry edition, perfect for children and Eliot aficionados alike. These lovable cat poems were written by T. S. Eliot for his godchildren and continue to delight children and grown-ups. The collection inspired the musical Cats!, and features Macavity, Mr Mistofelees and Growltiger!
More books by this author