A Life of War in Anglo-Saxon Britain 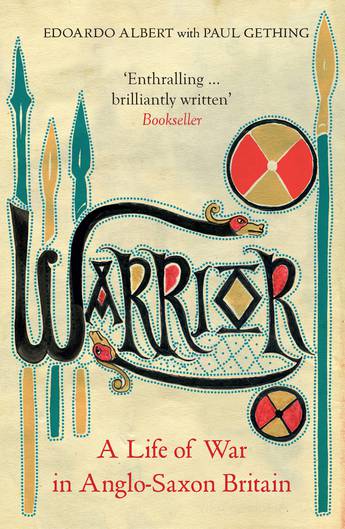 Warrior tells the story of forgotten man, a man whose bones were found in an Anglo-Saxon graveyard at Bamburgh castle in Northumberland. It is the story of a violent time when Britain was defining itself in waves of religious fervour, scattered tribal expansion and terrible bloodshed; it is the story of the fighting class, men apart, defined in life and death by their experiences on the killing field; it is an intricate and riveting narrative of survival and adaptation set in the stunning political and physical landscapes of medieval England.

Warrior is a classic of British history, a landmark of popular archaeology, and a must-read for anyone interested in the story of where we've come from.
More books by this author

Edoardo Albert is a writer from London. Paul Gething is the lead archaeologist at the renowned Bamburgh castle dig. They are the authors of Northumbria: The Lost Kingdom.