Born in the Cattle 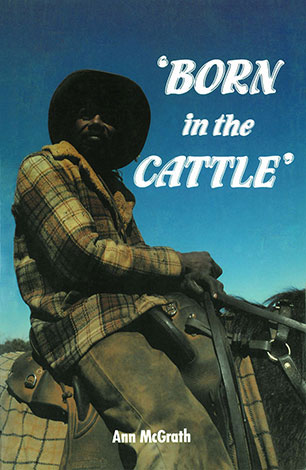 Born in the Cattle is a major work of social history, describing the extensive involvement of Aboriginal people in the northern cattle industry and the texture of everyday life and work in the outback north before World War II.

The Aboriginal stockman in cowboy hat, brightly coloured shirt, jeans and riding boots, is a familiar sight in much of outback Australia. Yet, white Australia has largely excluded Aborigines - men and women - from its national legends.

Born in the Cattle tells the story of Aboriginal involvement in the northern cattle industry. It shows how the Aboriginal people excelled at this 'no shame job', how they incorporated it into their world, how they used it to stay on their own land with their kin. Combining new skills with old, they shaped a unique Aboriginal cattle country - and thereby made a major contribution to the economy of Australia's north.

Using oral evidence which enables Aboriginal perspectives to emerge in a way not previously possible, Born in the Cattle is a major work of social history, the first to describe the texture of everyday life and work in the outback north before World War II. The story begins with the battle for the waterholes, describes the skills the Aboriginal people brought to work with cattle, reveals for the first time the important role of Aboriginal women, and explores in a new way the complex pattern of relationships between white and black in the outback.

'To protect their country and its people, Aborigines had to teach station whites many things. Aborigines worked the stations; they managed the land in new ways, though following old principles. They have made the cattle industry their own; they are still the majority of those living on northern pastoral stations, and their dynamic culture leaves a distinctive mark on bush life.'
More books by this author

Dr Ann McGrath has taught Territory and Australian History for four years in the Northern Territory. She has also taught at Monash University and is currently lecturing at the University of New South Wales.

1. The Battle for the Waterholes