How Universities Made Everything About Race, Gender, and Identity - and Why This Harms Everybody 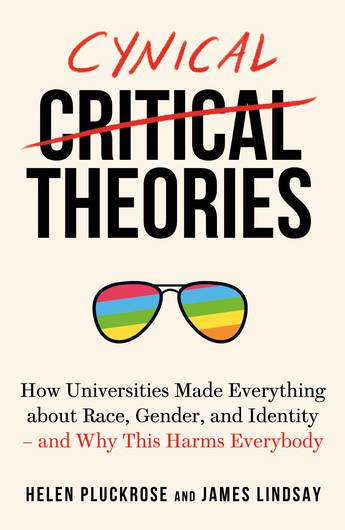 Download cover
Availability: Temporarily unavailable from this website, please try another retailer
'Exposes the surprisingly shallow intellectual roots of the movements that appear to be engulfing our culture' - Steven Pinker

Have you heard that language is violence and that science is sexist? Have you read that certain people shouldn't practise yoga or cook Chinese food? Or been told that being obese is healthy, that there is no such thing as biological sex, or that only white people can be racist?

In Cynical Theories, Helen Pluckrose and James Lindsay document the evolution and the dogma behind these ideas. While acknowledging the need to challenge the complacency of those who think a just society has been fully achieved, Pluckrose and Lindsay break down how this often-radical activist scholarship does far more harm than good, not least to those marginalised communities it claims to champion. They also detail its alarmingly inconsistent and illiberal ethics. Only through a proper understanding of the evolution of these ideas, they conclude, can those who value science, reason and consistently liberal ethics successfully challenge this harmful and authoritarian orthodoxy - in the academy, in culture and beyond.
More books by this author

Helen Pluckrose is a liberal political and cultural writer and speaker. She is the editor of Areo Magazine and the author of many popular essays on postmodernism critical theory, liberalism, secularism and feminism. Today an exile from the humanities, she researched late medieval and early modern religious writing by and for women. She lives in England and can be found on Twitter @HPluckrose.

James Lindsay is a mathematician with a background in physics and founder of New Discourses (newdiscourses.com). His essays have appeared in numerous outlets, including The Wall Street Journal, Los Angeles Times, and Time. He lives in Tennessee and can be found on Twitter @ConceptualJames.