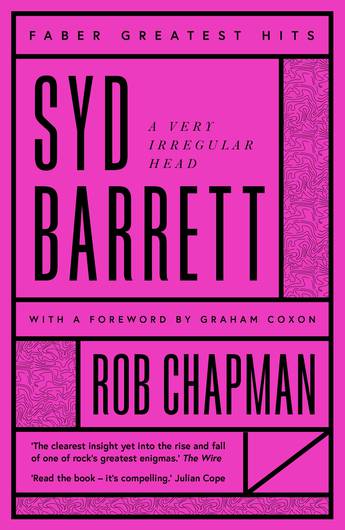 A new edition as part of the Faber Greatest Hits - books that have taken writing about music in new and exciting directions for the twenty-first century.

A new edition as part of the Faber Greatest Hits - books that have taken writing about music in new and exciting directions for the twenty-first century.

Syd Barrett was the lead guitarist, vocalist, and principle songwriter in the original line up of Pink Floyd. During his brief time with the band (1966-68) he was the driving force behind the unit. After he left the band he made just two further solo albums which were both released in 1970, before withdrawing from public view to lead a quiet, and occasionally troubled life in Cambridge, the town of his birth.

Rob Chapman's book is the first authoritative and exhaustively researched biography of Syd Barrett that fully celebrates his life and legacy as a musician, lyricist and artist, and which highlights the influence that he continues to have over contemporary bands and music fans alike.
More books by this author More books in this series

Rob Chapman is currently the holder of a Royal Literary Fund Fellowship at The University of Manchester. He was for a long time a freelance radio broadcaster with the BBC national network and a music journalist. His work has appeared in Mojo ,The Times, The Guardian, Independent on Sunday, Uncut, Word and Jockey Slut. He is the author of Selling the Sixties: The Pirates and Pop Music Radio (1992), The Vinyl Junkyard (1996) and the acclaimed biography Syd Barrett: A Very Irregular Head (2010). His first novel Dusk Music was published in 2008. He lives in Todmorden, Lancashire.