A Brief History of Money 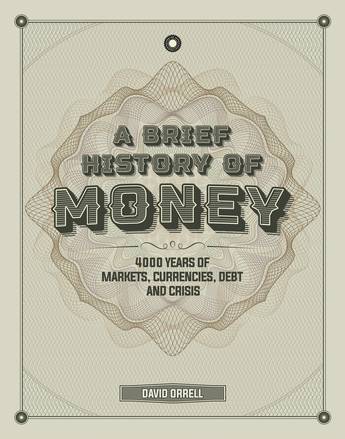 What is the difference between wealth and money, how did the financial system emerge, and what is its future? David Orrell brilliantly answers these questions.

What do cacao beans, cowrie shells, paper cards, cigarettes and digital databases all have in common? At some time, they have been used as a form of money. Money is an essential aspect of everyday life and something that we usually take for granted until it all goes wrong. This book traces the role, growth and impact of money and finance on individuals, human civilisation and the type of economy we live in. The financial history of the world reads like a fascinating novel with innumerable twists and turns. We strive for financial stability and security, yet this often proves surprisingly ephemeral. Just as we hope we have reached a new plateau of prosperity, the financial system has a habit of throwing a spanner in the works, forcing us to change and adapt to new circumstances. This book traces the financial system from its birth as a credit system in ancient Mesopotamia, to the financial revolutions of the 20th and 21st centuries.

This is the story of money, finance and economics but also its interaction with people, governments and society. Why did the American forces desperately try to destroy money during the American Revolution? Why do we tend to succumb to boom and busts? And if inflation is bad, why is deflation even worse? Also, the book looks at the effect money has on ourselves. Does money make us irrational? Is money really the root of all evil, or should we celebrate money for its potential to create prosperity and overcome poverty?
More books by this author

David Orrell is an applied mathematician and author of several books on economics, including Introducing Economics: A Graphic Guide, and Behavioural Economics: Psychology, Neuroscience and the Human Side of Economics (forthcoming). For Welbeck he has written Instant Economics. He lives in Toronto, Canada.