The Epic Potential of Empowering Women 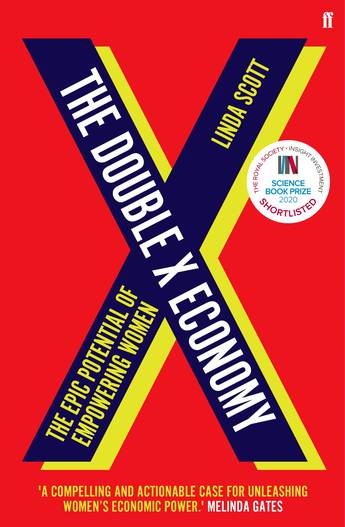 Women's economic development expert Linda Scott coined the paradigm-shifting concept of the 'double X economy' to describe both the shocking gender inequalities that are built into our global economy, and the collective power of women that could be harnessed to combat those inequalities.

Drawing on a wealth of sources including radical original research and vivid case studies, Scott reveals how economic subordination and exclusion are systemic for women in the developing and the developed worlds; and shows that by pulling women in as equal participants in the economy, we could address many of humankind's most pressing problems.

Provocative, accessible and potentially game-changing, The Double X Economy is the feminist answer to Jeffrey Sach's The End of Poverty: both a work of expert analysis and an urgent call to action.
More books by this author

Linda Scott is an internationally renowned expert on women's economic development, and Emeritus DP World Professor for Entrepreneurship and Innovation at the University ofOxford. She is founder of the Power Shift Forum for Women in the World Economy, which brings together leaders from across sectors; and founder and senior advisor of the Global Business Coalition for Women's Economic Empowerment, a consortium of major multinationals working to empower women in developing countries. She is Senior Consulting Fellow at Chatham House, and a frequent consultant to the World Bank Group on gender economics. Linda Scott's work has been covered by The Economist, BBC, New York Times, Guardian and Financial Times, and Prospect magazine has twice listed her among their Top 25 global thinkers. @ProfLindaScott