Towards a New Ireland 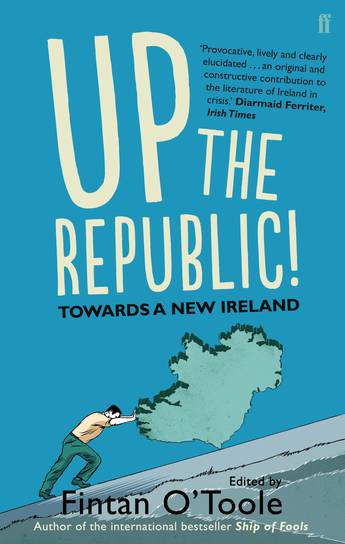 In this important book, historians, lawyers, economists and writers come together to put a coherent case: that although the Irish economic collapse has resulted in national humiliation, renewed emigration and a decline in living standards for the majority of the population, there is still hope that the country can be reformed and renewed.

Irish politicians offered the now notorious blanket guarantee to all the banks which had got in over their heads during the great property bubble - including one that had become little more than a criminal enterprise. A different set of politicians grimly enforces the consequences of that guarantee, locking an entire generation of Irish men and women into paying for the mistakes of greedy bankers and their corrupt friends in government.

The energy of hope has to come from elsewhere. These essays demonstrate how simple measures and different economic and social policies could release that energy and fulfil the promise of an educated, literate and culturally vibrant people.
More books by this author

Fintan O'Toole is one of Ireland's most respected and controversial political and cultural commentators, and an acclaimed biographer and critic. His books include White Savage, A Traitor's Kiss, Meanwhile Back at the Ranch, the number one bestseller Ship of Fools, which Terry Eagleton called 'a brilliant polemic', and its sequel Enough is Enough. He lives in Dublin and is a columnist for the Irish Times.