The Truth About the Global Pharmaceutical Industry 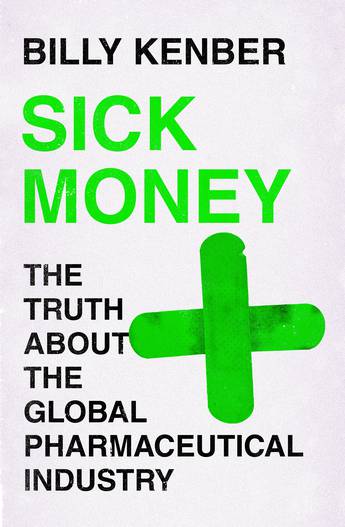 An urgent call to build a new model for the pharmaceutical industry, from the multi-award-winning Times journalist.

The pharmaceutical industry is broken. From the American hedge fund manager who put the price of an AIDS pill up from $13.50 to $750 overnight to the children's cancer drugs left intentionally to expire in a Spanish warehouse, the signs are all around. A system that was designed to drive innovation and patient care has been co-opted to drive profit.

What drugs are being researched, how medicines are priced, who has access to which medicines is now being dictated by share-holder value, not the good of the public - who enjoy ever-diminishing benefits for ever-higher prices. Drugs companies are being fined for bribing doctors in Eastern Europe while patients desperate for life-saving medicines are being driven to the black market in search of drugs the NHS can't afford.

Sick Money argues that the way we research medicines and pay for them is no longer working. Unless we take action we risk a dramatic decline in the pace of drug development and a future in which medicines are only available to the highest bidder. In this book Billy Kenber offers a diagnosis of an industry in crisis and a prescription for how we can fight back.
More books by this author

Billy Kenber is an investigative journalist at the Times and has worked at the newspaper since 2010. He has won several accolades including prizes at the UK Press Awards, the British Journalism Awards and two prizes from the Medical Journalists' Association including the 2017 award for Outstanding Contribution to Health or Medical Journalism. In 2013 he won the Laurence Stern Fellowship and worked for the Washington Post for three months. He lives in London.