The Journalist And The Murderer 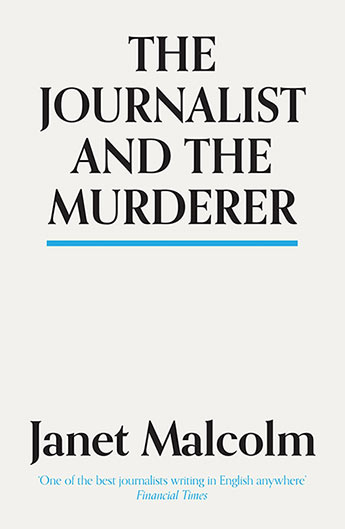 In 1970 Jeffrey MacDonald was accused of murdering his pregnant wife, and the journalist Joe McGinniss decided to write a book about it. Malcolm's classic investigation sheds a fascinating light on the conflict and controversy that followed, and asks whether all journalists are, ultimately, immoral.

In equal measure famous and infamous, Janet Malcolm's book charts the true story of a lawsuit between Jeffrey MacDonald, a convicted murderer, and Joe McGinniss, the author of a book about the crime. Lauded as one of the Modern Libraries ""100 Best Works of Nonfiction"", The Journalist and the Murderer is fascinating and controversial, a contemporary classic of reportage.
More books by this author More books in this series

Janet Malcolm's books include Reading Chekhov, The Silent Woman: Sylvia Plath and Ted Hughes, The Journalist and the Murderer and Psychoanalysis: The Impossible Profession. Born in Prague, she grew up in New York, where she now lives.