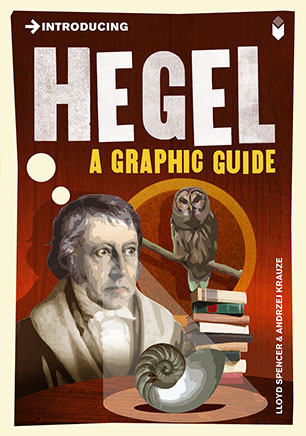 Georg Wilhelm Friedrich Hegel is one of the greatest thinkers of all time. No other philosopher has had such a profound impact on the ideas and political events of the 20th century.

Hegel's influential writings on philosophy, politics, history and art are parts of a larger systematic whole. They are also among the most difficult in the entire literature of philosophy. Introducing Hegel guides us through a spectacular system of thought which aimed to make sense of history.

The book also provides new perspectives on contemporary postmodern debates about 'metanarratives' (Lyotard) and the 'end of history' (Fukuyama). It is an ideal introduction to this crucial figure in the history of philosophy, and is indispensable for anyone trying to understand such key modern thinkers as Marx, Lacan, Satre and Adorno.
More books by this author More books in this series

Lloyd Spencer is Senior Lecturer in the School of Media at Trinity and All Saints, a college of the University of Leeds. He has written Introducing the Enlightenment and a biographical study of Walter Benjamin.

Andrzej Krauze is a cartoonist and illustrator whose work is published regularly in the Guardian, the New Statesman and the Sunday Telegraph.