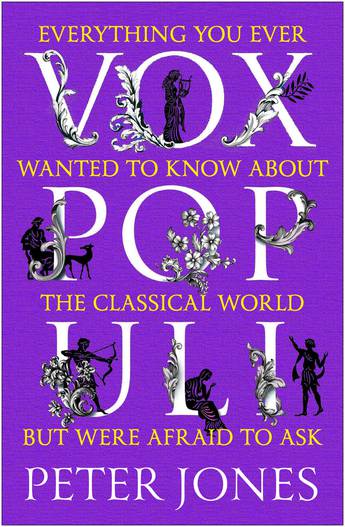 A witty and engaging beginner's guide to the Classics, by the author of Veni, Vidi, Vici and Eureka!

In this compelling tour of the classical world, Peter Jones reveals how it is the power, scope and fascination of their ideas that makes the Ancient Greeks and Romans so important and influential today. For over 2,000 years these ideas have gripped Western imagination and been instrumental in the way we think about the world. Covering everything from philosophy, history and architecture to language and grammar, Jones uncovers their astonishing intellectual, political and literary achievements.

First published twenty years ago, this fully updated and revised edition is a must-read for anyone who wishes to know more about the classics - and where they came from.

Peter Jones was educated at Cambridge University and taught Classics at Cambridge and at Newcastle University, before retiring in 1997. He has written a regular column, 'Ancient & Modern', in the Spectator for many years and is the author of various books on the Classics, including the bestselling Learn Latin and Learn Ancient Greek, as well as Reading Virgil's Aeneid I and II, Vote for Caesar, Veni, Vidi, Vici, Eureka! and Quid Pro Quo.