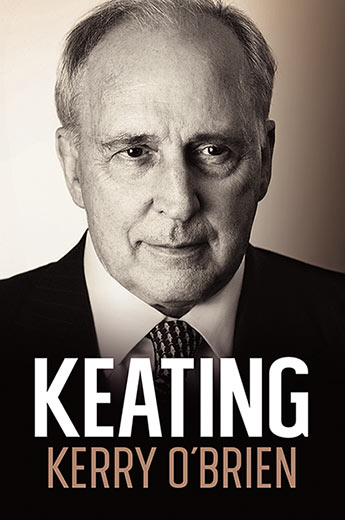 The life of one of Australia's most intriguing public figures, former Prime Minister Paul Keating, as told to the country's most influential political interviewer, Kerry O'Brien. This long awaited collaboration is a biography unlike any other.

Paul Keating is widely credited as the chief architect of the most significant period of political and economic reform since Federation. Twenty years on there is still no autobiography or memoir, yet he is the supreme story- teller of politics.

This book of revelations fills the gaps. Kerry O'Brien, the consummate interviewer who knew all the players and lived the history, has spent many long hours with Keating, teasing out the stories, testing the memories and the assertions. What emerges is a treasure trove of anecdotes, insights, reflections and occasional admissions from one of the most loved and hated political leaders we have known.

This is as good as it gets-funny, sweeping, angry, imaginative, mischievous, with arrogance, a glimmer of humility and more than a touch of creative madness. Keating unplugged.

'...fantastically readable account of and by the man who made us as we are and will be.' - Guy Rundle

'...a masterclass in how to do politics.' - Laurie Oakes

'There is so much political wisdom stored in these pages.' - Frank Bongiorno

And the last word to the man himself. 'We all get carried out in the end, Kerry. The big question is what sort of a trail can you blaze, and with what sort of elan.' - Paul Keating

Kerry O'Brien is one of Australia's most respected journalists with six Walkley Awards including the Gold Walkley and the Walkley for Outstanding Leadership in journalism. In 33 years at the Australian Broadcasting Corporation he was the face of its pre-eminent current affairs programs, Lateline, 7.30 and Four Corners.

His acclaimed four-part interview series with Paul Keating was broadcast on the ABC in 2013, and he has also interviewed most of the influential world leaders of his time, including Nelson Mandela, Barack Obama, Mikhail Gorbachev, Margaret Thatcher and Tony Blair.