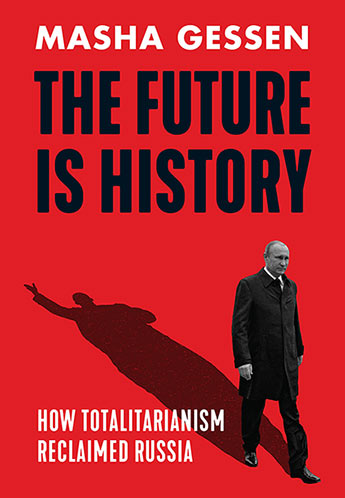 The sweeping, urgent, revelatory history of post-Soviet Russia in which the great dissident exile Masha Gessen reveals precisely how the hope of democracy gave way to a devastating new strain of autocracy.

The Future is History is a powerful and urgent cautionary tale by contemporary Russia's most fearless inquisitor.

Masha Gessen is a journalist and the author of several books including Blood Matters and The Man Without a Face, which was longlisted for the Samuel Johnson Prize 2012. She has contributed to the New Republic, the New Statesman, Granta, Slate and Vanity Fair. She lives in Moscow.