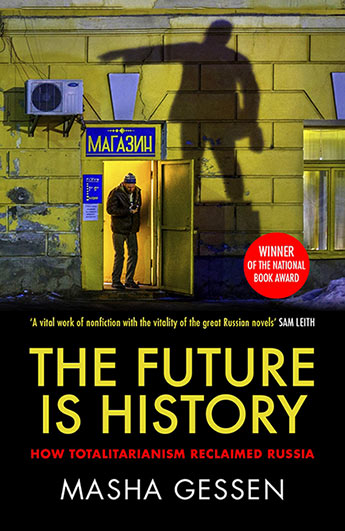 The sweeping, revelatory history of post-Soviet Russia from the great dissident exile.

The Future is History is a powerful and urgent cautionary tale by contemporary Russia's most fearless inquisitor.
More books by this author More books in this series

Masha Gessen is a journalist and the author of several books including Blood Matters and The Man Without a Face, which was longlisted for the Samuel Johnson Prize 2012. She has contributed to the New York Review of Books and the New Yorker. She has been described as Russia's leading LGBT rights activist, and served as a member of the board of directors for the Moscow-based LGBT rights organization "Triangle" from 1993 to 1998. She lives in New York.