A nation divided, a region at risk 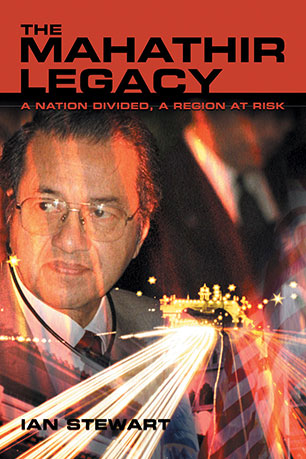 For more than 20 years, Malaysian Prime Minister Dr Mahathir has ruled with a firm hand, clinging tenaciously to power while other leaders in the region have been swept aside. But Dr Mahathir, has reached an age when the question of his retirement looms large. Although he has yet to declare when he will step down, his legacy has already taken shape. It has alarming implications for Malaysia and the region.

For much of the 1990s, Malaysia was a model of economic progress and political stability, led by the perfect combination of Dr Mahathir and his deputy Anwar Ibrahim, whose endorsement as heir apparent assured a smooth succession. But their union ended suddenly and explosively in 1998, when Anwar was sacked. He was subsequently convicted of corruption and sodomy and jailed for 15 years.

Anwar's beating in custody by the police chief and sensational developments in and surrounding his two trials highlighted serious flaws in the political and judicial systems and severely damaged the government's credibility. Dr Mahathir became a focus of hatred among many Malays who believed Anwar's claim that he was the victim of a conspiracy to prevent him from becoming the next Prime Minister. The nation split into fervently partisan Mahathir and Anwar supporters. The fundamentalist opposition Parti Islam se-Malaysia (PAS) capitalised on the Anwar affair to boost its standing and spread its Islamic beliefs beyond the two states it controls.

Mayalsia is at a political and economic crossroad, and the direction it takes is of vital importance to the whole Southeast Asian region.
More books by this author

Ian Stewart began his journalism career in the 1950s with The New Zealand, Sydney and Melbourne Heralds. In 1974 he became the New Yorks Times' South Pacific Correspondence, and from the late seventies into the eighties he worked as a freelance journalist in Singapore. From 1995-2001 he wrote for The Australian and the South China Morning Post on Malaysia'a changing political climate. He was twice elected president of The Foreign Correspondents Club of Hong Kong and was also president of the Foreign Correspondent Association of Singapore.

Tensions rise between 'best of friends'

The axing of an heir

Sexual shocks for a prudish people

A citizen and a government on trial

Foe's defeat comes at a cost

Terrorists at the gates