Saving Democracy from the Metropolitan Elite 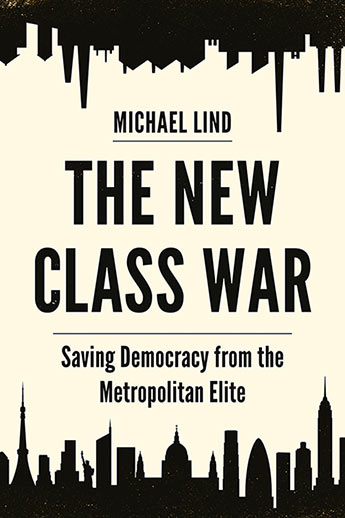 A maverick thinker who's drawn the applause of both the populist left and right offers a sophisticated indictment of globalization and the liberal elite.

In The New Class War, Michael Lind exposes globalization for what it really is: a strategy used by the people who run our governments, businesses, and the media -- to undermine the working class. Trade and immigration really have damaged many low-wage employees. Globalization is not an inexorable force that everyone should embrace. Instead, since the end of the Cold War it has been a strategy that serves the selfish interests of those who have the advantages to make the most of it.

This is a book for anyone enraged by the smug selfishness of our elites and their attempts to put themselves on the moral high ground. It is also a compelling explanation for Brexit and Trump that doesn't just argue that large swathes of the population are stupid. Lastly, it is a compelling argument for what needs to change if populism is to be rebuffed and western democracy revived.
More books by this author

Michael Lind is the author of more than a dozen books of nonfiction, fiction and poetry. He is a frequent contributor to The New York Times, Politico, The Financial Times, The National Interest, Foreign Policy and The International Economy. He has taught at Harvard and Johns Hopkins and has been an editor or staff writer for The New Yorker, Harper's, and The New Republic.