Basic Marxist Brainwashing for the Angry and the Young 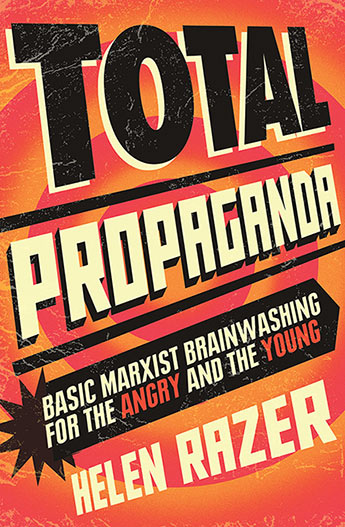 Marxism and socialism explained for a younger readership

Millennials have it bad. In 2017, they face the problems of underemployment, unaffordable housing and economists who write crap columns telling them that it's their fault for taking an Uber to brunch.

Today, the future's so dark, we need night vision goggles, not a few liberal guys shining a torch on a sandwich. Maybe today, we could use the light of Karl Marx.

Marx may not have had much to say about brunch in the twenty-first century, but he sure had some powerful thoughts about where the system of capitalism would land us. Over time, it would produce a series of crises, he said, before pushing the wealth so decisively up, a top-heavy system would come crashing down with a push.

Pushy old communist Helen Razer offers an introduction to the thought of Marx for Millennials, and anyone else tired of wage stagnation, growing global poverty and economists writing desperate columns saying everything would work better, if only we stopped eating sandwiches.

Brunchers of the world must unite! They have nothing to lose but a life lived for the wealth of a few. Both for themselves and their comrades in the Global South, they have a world to win.
More books by this author

For more than two decades, Helen Razer has been broadcasting and writing her way into disagreement of various scales. She has been employed as a contributor by The Age and The Australian, and is now a columnist on dissent with Crikey and gardening correspondent for The Saturday Paper. Helen has produced four previous books of humorous non-fiction and her frequently published thoughts on the impotence of current public debate are extended in A Short History of Stupid.