Trials of the State

Law and the Decline of Politics 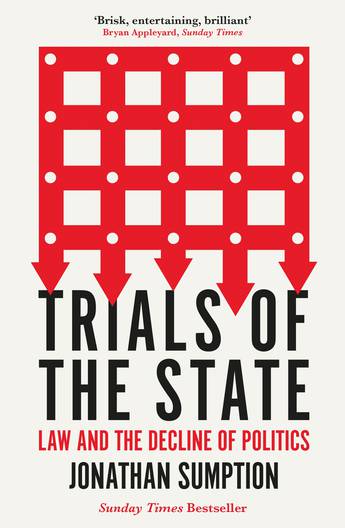 Judges are meant to interpret laws but, increasingly, they make them.

In the past few decades, legislatures throughout the world have suffered from gridlock. In democracies, laws and policies are just as soon unpicked as made. It seems that Congress and Parliaments cannot forge progress or consensus. Moreover, courts often overturn decisions made by elected representatives.

In the absence of effective politicians, many turn to the courts to solve political and moral questions. Rulings from the Supreme Courts in the United States and United Kingdom, or the European court in Strasbourg may seem to end the debate but the division and debate does not subside. In fact, the absence of democratic accountability leads to radicalisation. Judicial overreach cannot make up for the shortcomings of politicians. This is especially acute in the field of human rights. For instance, who should decide on abortion or prisoners' rights to vote, elected politicians or appointed judges?

Expanding on arguments first laid out in the 2019 Reith Lectures, Jonathan Sumption argues that the time has come to return some problems to the politicians.
More books by this author

Jonathan Sumption, Lord Sumption, is a British judge and historian. He served as a Justice of the Supreme Court from 2012 to 2018. He has written several books of Medieval history including The Age of Pilgrimage, The Albigensian Crusade, and four books on the Hundred Years War, the third of which, Divided Houses, won the 2009 Wolfson History Prize. His previous books were published by Faber & Faber.