Why We Get the Wrong Politicians 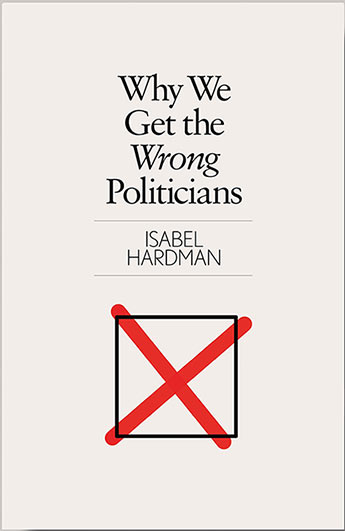 One of the UK's stars in political journalism asks why we lost faith in politicians - and how we can fix our system of government.

Politicians are consistently voted the least trusted professional group by the UK public. They've recently become embroiled in scandals concerning sexual harassment and expenses. Every year, they introduce new legislation that doesn't do what it sets out to achieve - often with terrible financial and human costs. But, with some notable exceptions, they are decent, hard-working people, doing a hugely difficult and demanding job.

In this searching examination of our political class, award-winning journalist Isabel Hardman tries to square this circle. She lifts the lid on the strange world of Westminster and asks why we end up with representatives with whom we are so unhappy. Filled with forensic analysis and revealing reportage, this landmark and accessible book is a must read for anyone who wants to see a future with better government.
More books by this author

Isabel Hardman is a journalist and broadcaster. She is Assistant Editor of The Spectator and presents Week in Westminster on BBC Radio 4. In 2015, she was named 'Journalist of the Year' at the Political Studies Association's annual awards. She lives in London.

She frequently appears on television and radio, including Have I Got News For You, The News Quiz, Andrew Marr, Sunday Politics, Robert Peston, and more.