How to Read: Hitler 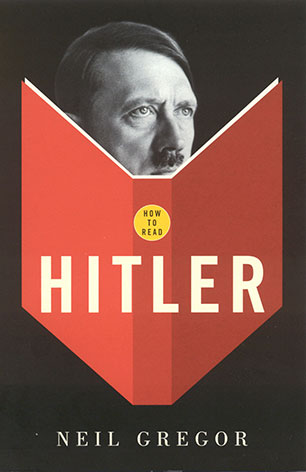 How to Read is a personal master-class in reading, bringing you face to face with the work of some of the most influential and challenging writers in history

Neil Gregor introduces the reader to the crude but clear system of thought of the most notorious anti-Semite in history. He shows that for all Hitler's inadequacies as a writer, his texts do convey an implicitly genocidal message - if they do not necessarily announce murder as a stated ambition, they certainly contain it as a strong logical possibility.

Analysing the text as literary as well as political tract, Neil Gregor shows, in particular, how the radical nationalist and racist message of Hitler's best known work, Mein Kampf, are contained not just in the author's own arguments but in the language and generic forms of the book itself.

Extracts are taken from Mein Kampf and from The Second Book.
More books by this author

Neil Gregor is Reader in Modern German History at the University of Southampton. He is the author of Daimler-Benz in the Third Reich and the editor of Nazism: A Reader. He is also currently writing a book on Nuremburg and the Nazi Past after 1945.