The global dynamics of knowledge in social science 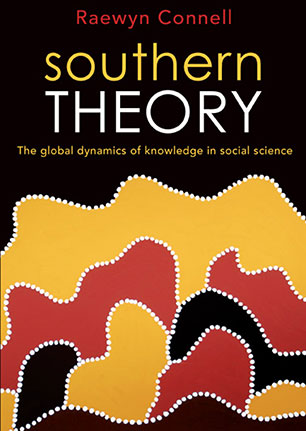 In Southern Theory leading sociologist Raewyn Connell presents the case for a new 'world social science' - one that is inclusive of many voices - by arguing for a more democratic global recognition of social theory from societies outside the dominant European and North American metropole.

Southern Theory presents the case for a radical re-thinking of social science and its relationships to knowledge, power and democracy on a world scale.

Mainstream social science pictures the world as understood by the educated and affluent in Europe and North America. From Weber and Keynes to Friedman and Foucault, theorists from the global North dominate the imagination of social scientists, and the reading lists of students, all over the world. For most of modern history, the majority world has served social science only as a data mine.

Yet the global South does produce knowledge and understanding of society. Through vivid accounts of critics and theorists, Raewyn Connell shows how social theory from the world periphery has power and relevance for understanding our changing world from al-Afghani at the dawn of modern social science, to Raul Prebisch in industrialising Latin America, Ali Shariati in revolutionary Iran, Paulin Hountondji in post-colonial Benin, Veena Das and Ashis Nandy in contemporary India, and many others.

With clarity and verve, Southern Theory introduces readers to texts, ideas and debates that have emerged from Australia's Indigenous people, from Africa, Latin America, south and south-west Asia. It deals with modernisation, gender, race, class, cultural domination, neoliberalism, violence, trade, religion, identity, land, and the structure of knowledge itself.

Southern Theory shows how this tremendous resource has been disregarded by mainstream social science. It explores the challenges of doing theory in the periphery, and considers the role Southern perspectives should have in a globally connected system of knowledge. Southern Theory draws on sociology, anthropology, history, psychology, economics, philosophy and cultural studies, with wide-ranging implications for social science in the 21st century.
More books by this author

Raewyn Connell is University Professor at the University of Sydney. A leading Australian social scientist, her work is well known in sociology, education, gender studies and political science, and has been translated into thirteen languages. Her books include Masculinities, Schools and Social Justice, Gender and Power and Making the Difference.

1. Empire and the creation of a social science

4. The discovery of Australia

8. Power, violence and the pain of colonialism

9. The silence of the land

10. Social Science on a world scale