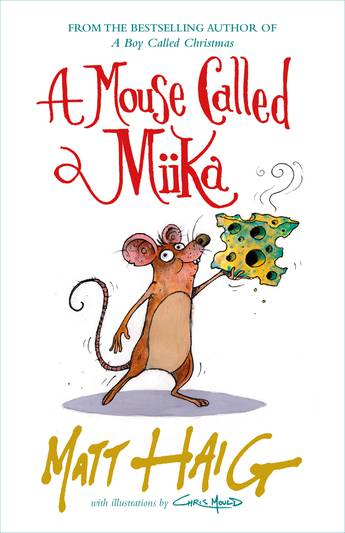 Ahead of the film of A Boy Called Christmas comes a magical new adventure for Miika the mouse, from number one bestselling author Matt Haig.

THE EPIC ADVENTURE OF A TEENY-TINY HERO

This is a tale of mice and magic.

It is also a tale of great love (of cheese) and great danger. And learning the lesson that what matters most - when it comes to cheese and life - is not how strongly you smell but how strong you are on the inside.
More books by this author

As well as being a number one bestselling writer for adults, Matt Haig has won the Blue Peter Book Award, the Smarties Book Prize and been nominated three times for the Carnegie Medal for his stories for children and young adults. The first book in his festive series, A Boy Called Christmas, has been made into a feature film with an all-star cast. He has sold more than two million books in the UK and his work has been translated into over forty languages.

Chris Mould went to art school at the age of sixteen. He has won the Nottingham Children's Book Award and been commended by the Sheffield Children's Book Award. He loves his work and likes to write and draw the kind of books that he would have liked to have had on his shelf as a boy.