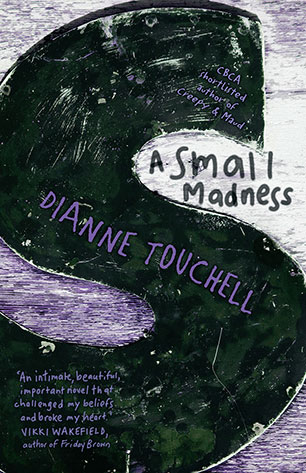 A devastating, compelling novel that will get everyone talking, from the author of Creepy and Maud.

Rose didn't tell anyone about it. She wondered if it showed. She looked at herself in the mirror and turned this way and then that way. She stood as close to the mirror as she could, leaning over the bathroom basin, looking into her own eyes until they disappeared behind the fog of her breath. Looking for something. Some evidence that she was different now. Something had shifted inside her, a gear being ratcheted over a clunky cog, gaining torque, starting her up. But it didn't show. How could all of these feelings not show? She was a woman now but it didn't show and she couldn't tell anyone.
More books by this author

Dianne Touchell was born and raised in Fremantle, Western Australia. Her debut novel Creepy & Maud (Fremantle Press) was shortlisted for the Children's Book Council of Australia's Book of the Year Award in 2013 in the Older Readers category. She has worked as a fry cook, a nightclub singer, a housekeeper, a bookseller and an office manager. Sometimes she has time to write books for young adults. She enjoys cold weather and Mexican food. She lives with animals.