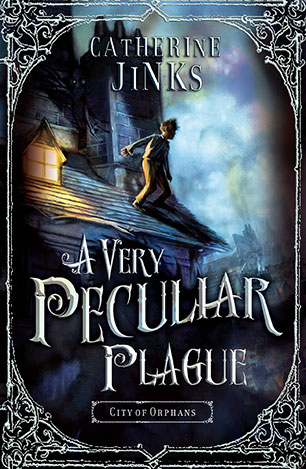 The thrilling second book in a 3-part adventure series, set in a time when science clashes with superstition and monsters lurk in chimneys. Jem takes on the role of bogler's apprentice and gets the fright of his life.

'Bogles ain't like pigeons. They don't travel in flocks. So why is this corner o' London crawling with 'em?'

Eleven-year-old Jem Barbary spent most of his early life picking pockets for a canny old crook named Sarah Pickles. Now she's betrayed him, and Jem wants revenge. He also wants to work for bogler Alfred Bunce, who kills the child-eating monsters that lurk in the city's cellars and sewers. But Alfred is keen to give up bogling, since he almost lost his last apprentice, Birdie.

When numerous children start disappearing around Newgate Prison, Alfred and Jem do join forces, waging an underground war. They even seek help from Birdie, dragging her away from the safe and comfortable home she's found with Miss Edith Eames. Together they learn that there's only one thing more terrifying than facing a whole plague of bogles - and that's facing some of the sinister people from Jem's past .
More books by this author More books in this series

Catherine Jinks was born in Brisbane in 1963 and grew up in Sydney and Papua New Guinea. She studied medieval history at university and her love of reading led her to become a writer. Her books for children, teenagers and adults have been published to wide acclaim all over the world, and have won numerous awards. Catherine's most recent books include the bestselling Evil Genius series and her paranormal spoofs, The Reformed Vampire Support Group and The Abused Werewolf Rescue Group.