Home>Browse>Books>Children's>Ariel, Zed and the Secret of Life

Ariel, Zed and the Secret of Life 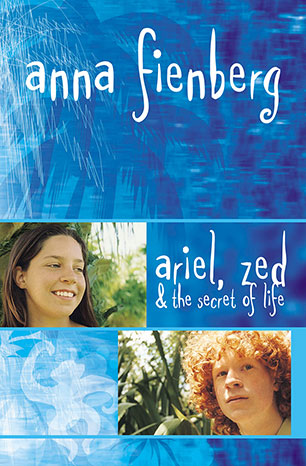 An exuberantly imaginative fantasy from Anna Fienberg about two reluctant friends who travel to the Island - a magical, mysterious place where they discover that fresh possibilities spring from dangerous adventures.

Ariel had never met anyone who had returned from the Island. Still, her mother said it was a beautiful place, with shiny sand and ancient caves. There was some kind of school there, too, where characters went to learn their proper roles in life. But Concetta had always been a little vague. Deliberately, Ariel thought. Suspiciously.

Ariel and Zed are both a bit weird. They're misfits, reluctant to be thrown together for the holidays. But when they reach the mysterious Island, they soon face dangerous adventures, strange new friends and surprising discoveries about themselves and each other - not to mention the secret of life.

'A deliciously clever trickle of humour running through sparkling prose.' - Karen Jameyson, The Horn Book
More books by this author

Anna Fienberg gets her ideas from her own dreams, people she meets, snatches of overheard conversation. She always carries a notebook with her in case she hears something interesting.

Anna likes to live in books as well as real life. She was once Editor of School Magazine, where she read over a thousand books a year. She wrote plays and stories for the magazine and then began writing her own books. She has written picture books, short stories, junior novels and fiction for teenagers and young adults.

3 The arrival of Zed

8 The Elixir of Life

11 A nasty surprise for Clara Krantzbur

12 Formula for living, by Goodshoot