On the tail of the Tassie Tiger 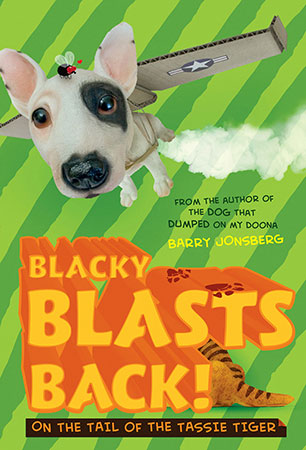 Blacky's back, smellier than ever. And he's got a new mission for Marcus and Dylan: track down the very last Tassie tiger and save it from extinction. Simple, really.

But throw in some bumbling thylacine hunters, a bully out to get you, a hairy Scotsman on your trail, and anything can - and will - happen. Especially as time is running out.

You can read more Blacky adventures in The Dog that Dumped on My Doona and A Croc Called Capone.
More books by this author

Barry Jonsberg was born in Liverpool, England, and now lives in Darwin, Australia with his wife, children and two dogs - Jai and Zac.