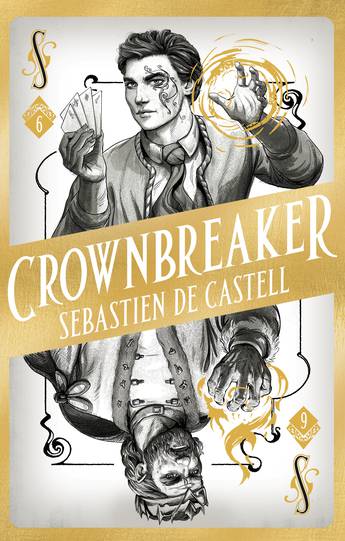 The final book in the page-turning SPELLSLINGER fantasy series.

The sixth - and final - instalment of the inimitable SPELLSLINGER series.

Kellen and Reichis are settling into their new lives as protectors of the young queen and dealing with the constantly shifting threats to her reign and to her life. For the first time in his life, Kellen feels as if he's becoming the kind of man that his mentor Ferius had wanted him to be. Even Reichis has come to appreciate having a noble purpose - so long as no one minds him committing the occasional act of theft from the royal treasury.

But what seems to be a simple card game between Kellen and an old man is soon revealed to be a deadly game of wits in which a powerful mage has trapped the queen's spellslinger in order to kill him.

Perfect for fans of The Dark Tower, Firefly, Guardians of the Galaxy, Terry Pratchett, Ben Aaronovitch and Jim Butcher.
More books by this author

Sebastien de Castell had just finished a degree in Archaeology when he started work on his first dig. Four hours later he realized how much he actually hated archaeology and left to pursue a very focused career as a musician, ombudsman, interaction designer, fight choreographer, teacher, project manager, actor and product strategist. His only defence against the charge of unbridled dilettantism is that he genuinely likes doing these things and that, in one way or another, each of these fields plays a role in his writing. He sternly resists the accusation of being a Renaissance Man in the hopes that more people will label him that way. Sebastien lives in Vancouver with his lovely wife and two belligerent cats. Follow Sebastien www.decastell.com or on Twitter: @decastell