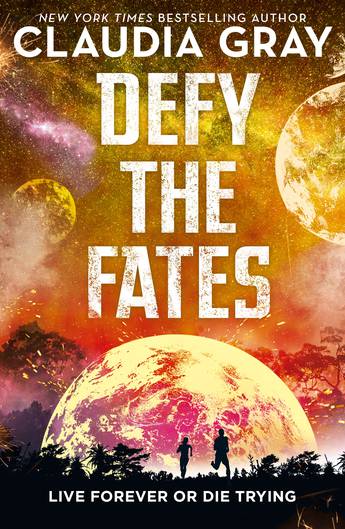 With even more action and romance than the first two books, this conclusion to the DEFY THE STARS trilogy will cement its position as a space opera for our times

'Startlingly original and achingly romantic...nothing short of masterful' Kass Morgan, bestselling author of THE 100 SERIES on DEFY THE STARS

Hunted and desperate, Abel only has one mission left that matters: save Noemi Vidal at all cost. But to do that, he not only has to escape the rallied forces of Genesis, he also must bargain with the one person in the galaxy who still has the means to destroy him: the daughter of his creator.

Alone in the universe, Noemi Vidal never wanted to be special. She only wanted to save her planet, Genesis, and after that, to save Abel. But now Noemi is something else, something more. Not quite mech, not quite human, Noemi must find her place in a universe where she is now utterly unique, all while trying to end Earth's iron grip on the planets of the Loop once and for all.

The final battle between Earth and the colony planets is here, and there's no lengths to which Earth won't go preserve its power over the colonies. But Earth doesn't foresee Noemi and Abel coming. And together, the universe's most advanced mech and its first hybrid might just have the power to change the galaxy for good ...
More books by this author