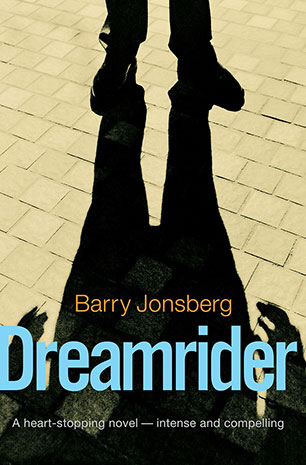 We stared at each other, the fat boy and the boy with ice for eyes. And I waited.

'So what have you got to say for yourself, fat boy?'

Michael Terny is the fat boy. He's at his seventh school in four years and he knows that even if he keeps his head down, he can't change the script. He will be ridiculed and laughed at and pushed around. But Michael has a powerful secret that allows him to escape to a safe place, and everything changes when he makes a new friend. Now he can make plans to exact his revenge. But will revenge have a price?
More books by this author

Barry Jonsberg is an English teacher, originally from the UK but a resident of Darwin since 1999. He has two degrees in English and was Head of Department at the South Cheshire College in Crewe, Cheshire, UK. His first book for young adults, The Whole Business with Kiffo and the Pitbull, was published by Allen + Unwin in 2004 to much acclaim, and its sequel, It's not all about YOU, Calma, (2005) won the 2006 South Australian Festival Award for Children's Literature.