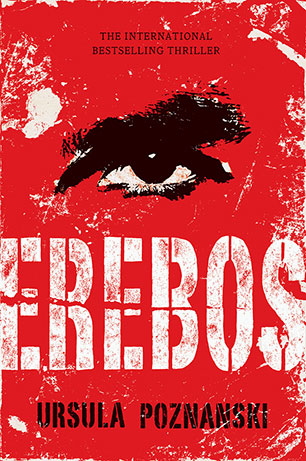 Are you playing the game - or is the game playing you? A highly addictive thriller about power, manipulation and revenge.

'Enter. Or turn back. This is Erebos.'

Nick is given a sinister but brilliant computer game called Erebos. The game is highly addictive but asks its players to carry out actions in the real world in order to keep playing online, actions which become more and more terrifyingly manipulative. As Nick loses friends and all sense of right and wrong in the real world, he gains power and advances further towards his online goal - to become one of the Inner Circle of Erebos. But what is virtual and what is reality? How far will Nick go to achieve his goal? And what does Erebos really want?

Enter Erebos at your own risk. Exciting, suspenseful and totally unputdownable.

Ursula Poznanski lives in Vienna. In 2006 she was awarded the Children's and Juvenile's Book Prize of Vienna. Ursula has been thinking up stories for a long time, although at first she wrote poems and stories that were as short as possible. She moved on to writing early readers, children's crime, teen romance and a fantasy manuscript, before her first thriller, Erebos. A runaway international success, Erebos has been translated into over 20 languages.

Judith Pattinson lives in Melbourne. At an early age her reading transported her to the other side of the world - to chalets, hay-filled attics and school hikes through the Swiss Alps full of friendly strangers who greeted her with 'Gruss Gott!' or 'Bonjour'. She studied European languages in Australia and on the shores of Lake Constance in Germany. Translating German fiction is her idea of heaven. Judith has worked as a translator, production editor, web designer and bookseller.