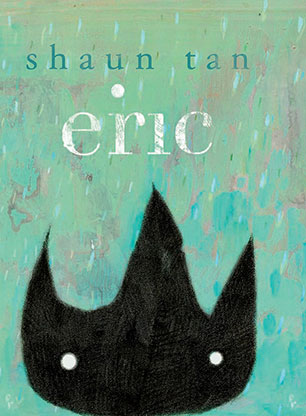 Eric is eternally curious and effortlessly charming - a house guest whose approach to the world will capture your heart. This is a mini gift edition of one of the most loved stories from the multi-award-winning, internationally lauded masterpiece Tales from Outer Suburbia.

'Shaun Tan's stories touch on wonder, fear, exploration and relationships. Questioning strangeness is a strong theme, a reminder that difference doesn't have to mean the same thing as fear.' The Age
More books by this author

Shaun Tan's stunning picture books and illustrated fiction have delighted readers of all ages around the world. His multi-award winning titles Tales from Outer Suburbia (2008) and The Arrival (2006) have won international critical acclaim. Shaun's early solo work and collaborations with John Marsden (The Rabbits) and Gary Crew (The Viewer and Memorial) established him as a leading creator of sophisticated picture books.

In 1992 Shaun won the International Illustrators of the Future Contest, the first Australian to achieve this award. His many honours since include CBCA Picture Book and Older Readers awards (2009 + 2007), NSW Premiers awards (2002 + 2007), Spectrum Gold and Silver Awards, Aurealis and Ditmar Awards for Australian Science Fiction and Fantasy, the 2001 and 2009 World Fantasy Awards as Best Artist and the internationally prestigious Deutscher Jugendliteraturpreis.