H is for Happiness

My Life as an Alphabet Film tie-in 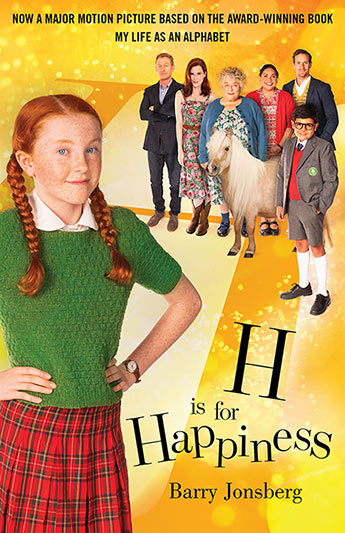 Film tie-in edition of My Life as an Alphabet which is now the major Australian film, H is for Happiness. A delightful story of an unusual girl who goes to great lengths to bring love and laughter into the lives of everyone she cares about.

'Where do I start in explaining how much I loved this hilariously quirky and moving story with its beautiful, fractured gem of a narrator? How about A is for Awesome.' - Michael Gerard Bauer

This isn't just about me. It's also about the other people in my life - my mother, my father, my dead sister Sky, my penpal Denille, Rich Uncle Brian, Earth-Pig Fish and Douglas Benson From Another Dimension. These are people [with the exception of Earth-Pig Fish, who is a fish] who have shaped me, made me what I am. I cannot recount my life without recounting elements of theirs. This is a big task, but I am confident I am up to it.

Introducing Candice Phee: twelve years old, hilariously honest and a little ... odd. But she has a big heart, the very best of intentions and an unwavering determination to ensure everyone is happy. So she sets about trying to 'fix' all the problems of all the people [and pets] in her life.

Laugh-out-loud funny and wonderfully touching, H is for Happiness is the film based on Barry Jonsberg's award-winning novel My Life as an Alphabet.
More books by this author