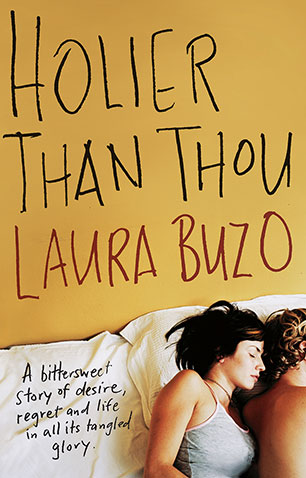 From the author of Good Oil, this extraordinary, bittersweet novel portrays a slice of Australian city life through an unforgettable girl named Holly who is navigating the nuances and complexities of being in her early 20s.


'What do you want, Hol?' Abby looks into my eyes. 'I . I want to know that I'm using my powers for good and -' 'You want to make a dead man proud.' 'Whoa!' 'You want to put bandages over severed arteries that really need to be sewn shut. You want the moral high ground.'

Holly Yarkov has a boyfriend who is a gift from the universe. She has a job that fulfils her even as it wears her down. She has a dangerously appealing co-worker, who literally plays with fire. And she has a layer of steel around her heart that is beginning to tarnish. Just as she is reaching for a future she can't quite see, Holly finds her present invaded by the past, by memories of her father's death and of her once best friend, the boy-who-never-was.

Grief and longing run like veins of quicksilver through this beautiful novel, which is at once gloriously funny and achingly sad.
More books by this author

Laura Buzo is a social worker with a young daughter. Her first novel, Good Oil, was published in 2010 and was shortlisted for the Prime Minister's Literary Award. This is her second novel.