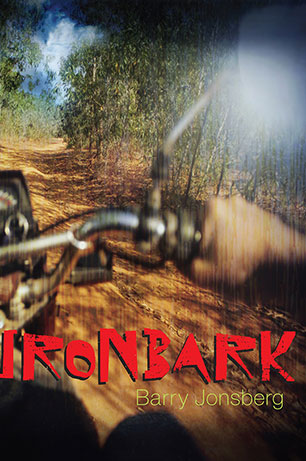 A compelling novel about a powerful relationship between a troubled teenager and his grandfather, set in the Tasmanian Wilderness. 'A great read for all teenagers.' - Robert, 16

'I'm miserable and sixteen. In that order.'

Sixteen can be a tough time. And it's almost unmanageable for a wisecracking boy whose temper is white-hot. As a consequence he is sentenced to a time-out with his reclusive grandfather in a primitive shack in the Tasmanian forest. There is little to do except chop wood and watch the red-eyed wallabies gather at dusk.

They are an unlikely couple: a taciturn old man who prefers the simple life, and a volatile boy addicted to the technology of the 21st century - and yet a bond blossoms between them. But denied access to much he desires, and feeling provoked by a local cop cynical of city folk, the boy's frustration grows. And when he encounters situations he can't control anything could happen.

'...another gem from Barry Jonsberg. A great read for all teenagers.' - Robert 16, Silverfish Book Group
More books by this author

Barry Jonsberg is an English teacher, originally from the UK but a resident of Darwin since 1999. He has two degrees in English and was Head of Department at the South Cheshire College in Crewe, Cheshire, UK. His first book for young adults, the highly acclaimed The Whole Business with Kiffo and the Pitbull, was published by Allen + Unwin in 2004 followed by its sequel, It's not all about YOU, Calma in 2005 and Dreamrider in 2006.