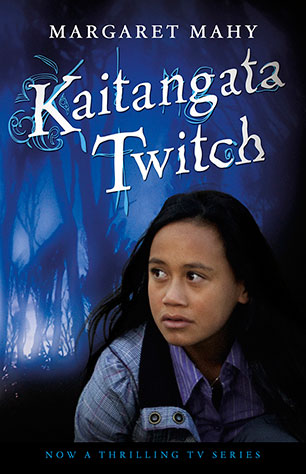 What happens to a girl who has dangerous dreams? What if the land itself punishes those who would harm it? Now adapted into a major, 13-part TV series, this spell-binding supernatural thriller was written by internationally acclaimed New Zealand author Margaret Mahy.

'What we need is a powerful enchantress,' Meredith cried. 'Someone who could put a spell on Marriott.' As she spoke, a strange thought came into her head, running round and round inside her like a mouse on a pet-shop wheel. It was not a thought she could share, for it had a wickedness hidden in it and Meredith did not want anyone to know just how wicked she could be, even if it was only in her dreams.

The brooding island of Kaitangata lies just across the water from Meredith's home. It seems to have a supernatural presence, a will and a voice of its own, although only Meredith can hear it.

Can Meredith save the island from an unscrupulous developer? How could the dreamer of the family succeed where grown-ups have failed? Only Kaitangata can tell.
More books by this author

Margaret Mahy has had 200 books published, ranging from picture books to crossover YA novels and everything in between. Her books have been published in the US and UK, where she is very well known. Margaret is also a winner of the prestigious Carnegie Medal.