Home>Browse>Books>Children's>Lady Friday: The Keys to the Kingdom 5

Lady Friday: The Keys to the Kingdom 5 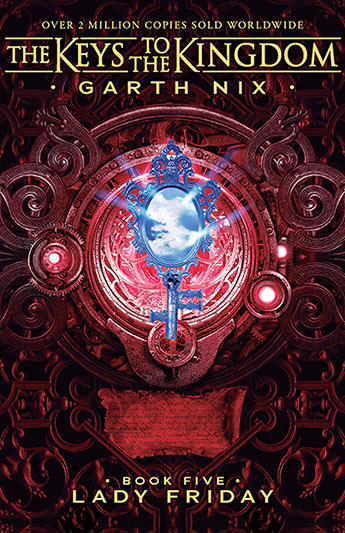 Arthur Penhaligon has defeated four of the seven Trustees, but his week is getting worse and worse. The Piper's New Nithling army controls most of the Great Maze, and Superior Saturday is causing trouble wherever she can. Arthur can't even find out what is happening back home. All he knows is that Leaf is missing - and so is her family, along with Arthur's mother, his brother Eric, and thousands of other people who were transferred from regular hospitals to a sinister institution in another world.

Lady Friday makes Arthur a tempting offer. But is it a cunning trap for the Rightful Heir or a golden opportunity that he must seize - before Superior Saturday or the Piper beats him to it? Who will win the race to discover the secret of the Middle House?

Lady Friday is the fifth book in the Keys to the Kingdom series.
More books by this author More books in this series