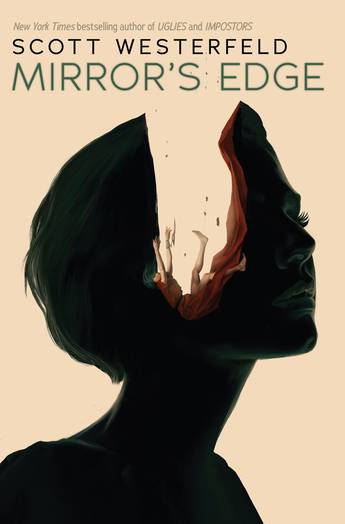 'Walking into a city full of surveillance dust is giving yourself up, little sister.'

With her father still in power, Frey must return home to Shreve on a secret mission, while her sister Rafi gathers an army against him.

Frey and Col must enter the lion's den to rescue Boss X, but Frey's father has eyes everywhere. Even with her camo-surged face and a new identity, every minute risks discovery and disaster.

In this city under surveillance, nothing is what it seems on the surface. How will she know who to trust?

The riveting third instalment in the New York Times bestselling Impostors series.
More books by this author More books in this series

Scott Westerfeld is best known as the author of the Uglies series, a number-one New York Times bestseller, and the Leviathan and Zeroes trilogies, both New York Times bestsellers. His standalone novels include So Yesterday and Afterworlds. His other works include the Midnighters trilogy, the Peeps and Risen Empire duologies, and the eponymous first book of the Horizon multiplatform series. His novels have won the Philip K Dick Special Citation, the Aurealis Award (twice), the Victorian Premier's Literary Award, and have been named New York Times Notable Books and Best Books for Young Adults Top Ten Children's Books of the Year.