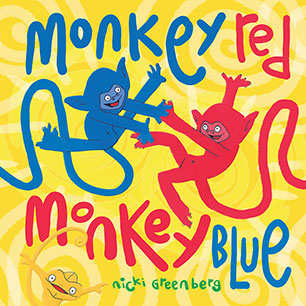 Alive with colour and movement, Monkey Red Monkey Blue is a celebration of food, fun and making a mess - a perfect picture book to share with very young children.

Everybody has gone to bed . but not Monkey Blue and not Monkey Red. They decide to have a WILD midnight feast instead!

How much mess can two cheeky monkeys make and will Chameleon show his true colours?
More books by this author