Home>Browse>Books>Children's>My Cousin Is a Time Traveller

My Cousin Is a Time Traveller 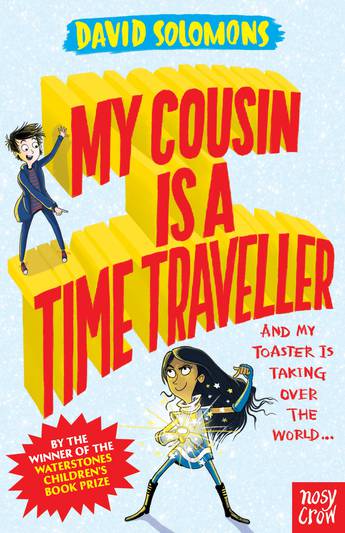 The fifth book in the bestselling series sees Luke face his greatest fear yet, one that's surprisingly close to home...

Luke's dad has bought a lot of gadgets recently and not one of them works as it's supposed to. Maybe it's because a machine-from-the-future is stalking Bromley, playing havoc with all the tech and trying to stop Star Lad going on a date. Could this be the Rise of the Machines? Luke knows what he must do - he just needs his fellow SCARF members to help or it will be the end of everything...
More books by this author

David Solomons has been writing screenplays for many years. His first feature film was an adaptation of 'Five Children and It' (starring Kenneth Branagh and Eddie Izzard, with gala screenings at the Toronto and Tribeca Film Festivals). My Brother is a Superhero is his first novel for children. He was born in Glasgow and now lives in Dorset with his wife, the novelist Natasha Solomons, and their son, Luke.