Home>Browse>Books>Children's>My Life As an Alphabet

My Life As an Alphabet 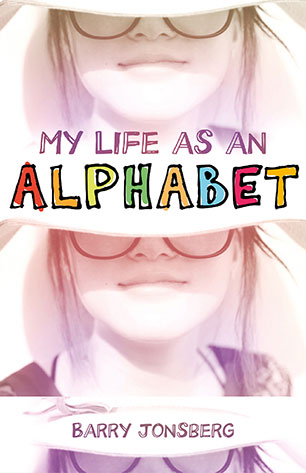 Candice Phee wants to bring light and laughter to those around her, and somehow she succeeds despite the bizarre mix-ups and the confusion she effortlessly creates. An uplifting comedy-drama from award-winning author, Barry Jonsberg.

Now a major motion picture, H IS FOR HAPPINESS.

This isn't just about me. It's also about the other people in my life - my mother, my father, my dead sister Sky, my penpal Denille, Rich Uncle Brian, Earth-Pig Fish and Douglas Benson From Another Dimension. These are people [with the exception of Earth-Pig Fish, who is a fish] who have shaped me, made me what I am. I cannot recount my life without recounting elements of theirs. This is a big task, but I am confident I am up to it.

Introducing Candice Phee: twelve years old, hilariously honest and a little . odd. But she has a big heart, the very best of intentions and an unwavering determination to ensure everyone is happy. So she sets about trying to 'fix' all the problems of all the people [and pets] in her life.

Laugh-out-loud funny and wonderfully touching, My Life as an Alphabet is a delightful novel about an unusual girl who goes to great lengths to bring love and laughter into the lives of everyone she cares about.
More books by this author

Barry lives in Darwin with his wife, children and two dogs. His books have been published in the US, the UK, France, Poland, Germany and China.

Barry Jonsberg - My Life as an Alphabet (Extract) by Allen & Unwin