Home>Browse>Books>Children's>Ophelia and The Marvellous Boy

Ophelia and The Marvellous Boy 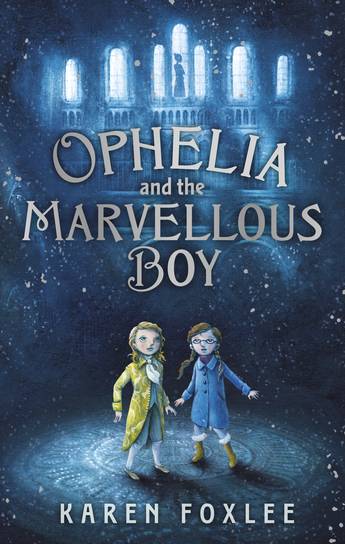 Eleven-year-old Ophelia might not be brave, but she certainly is curious. Her family are still reeling from her mother's death, and in a bid to cheer everyone up, her father has taken a job at a fantastically enormous and gothic museum in a city where it never stops snowing. Ophelia can't wait to explore - and she quickly discovers an impossibility. In a forgotten room, down a very dark corridor, she finds a boy, who says he's been imprisoned for three-hundred-and-three-years by an evil Snow Queen who has a clock that is ticking down towards the end of the world.

A sensible girl like Ophelia doesn't quite believe him, of course, but there's no denying he needs her help. There are many other, darker, impossibilities in this museum too. Ghosts, wolves, Misery Birds, magical swords - and even fabled Snow Queens - will all do their very best to stop Ophelia and hurt her family. She will have to garner all her courage, strength and cleverness if she is to rescue this most Marvellous Boy - and maybe even save the world in the process.

Karen Foxlee was born in Mount Isa, Queensland, in 1971. After training and working as a nurse for most of her adult life, she graduated from the University of the Sunshine Coast with a Bachelor of Arts degree in 2005, in creative writing. Her first novel, The Anotomy of Wings, was originally published in 2008, by the University of Queensland Press, and has since been published in the U.S.A., the United Kingdom and Canada. She lives in Gympie, Australia.