Book Five in the Pagan Chronicles 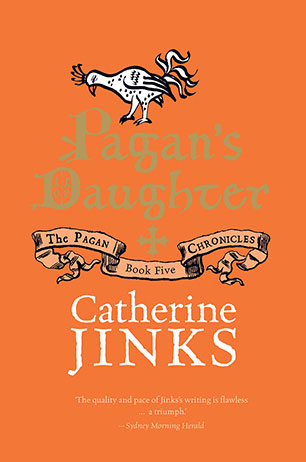 The award-winning Pagan Chronicles are international bestsellers. And the action-packed epic continues with the adventures of Babylonne - as feisty, funny and irresistible as her famous father. 'The quality and pace of Jinks's writing is flawless . . . a triumph.'- Sydney Morning Herald

'We've forbidden her to speak. We've stuffed her mouth with tow. We've shaved off her hair, once or twice. We've even locked her in that chest over there. And she remains incorrigible. She's eaten up with sin, Holy Father, I don't know what to do with her any more.'

At sixteen, Babylonne is desperate. She's been starved and beaten, she's endured six bloody sieges, and now her aunt wants her to marry a crazy old man who thinks he's a giant olive.

Can she trust the mysterious priest who's been spying on her, claiming to be a friend of her father's? Or would it be better to fight - and perhaps die - in the long, vicious war with the French?

Catherine Jinks's award-winning Pagan series are international bestsellers. Now her action-packed epic continues with Book Five of the Pagan Chronicles - Pagan's daughter, Babylonne, is as feisty, funny and irresistible as her famous father.