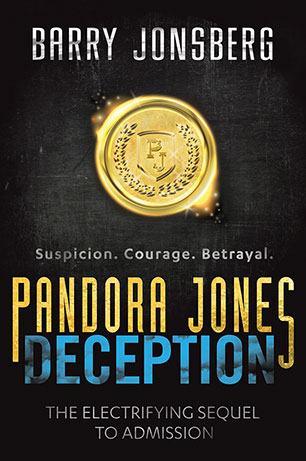 Pandora and her team are already two members down. The survival of humanity in the post-plague world depends on them. But who can she trust? Book two in the thrilling, action-packed Pandora Jones series.

It was difficult to know when nightmares ended and the waking world began.

Pan is still struggling to distinguish between her dreams and reality. When she wakes in the Infirmary her mind replays the sight of Nate running along the shoreline and the way his body froze and then flopped after he was shot. But her memories hold more questions than answers and she doesn't know who to trust.

When she forms an unlikely alliance with Jen to try to make sense of everyone's haunting similar memories and the conflicting information about The School, she finds herself with unexpected enemies.

Pan and Jen are determined to seek the truth - no matter what rules they must break or how terrible the danger they face. But can they even trust each other?