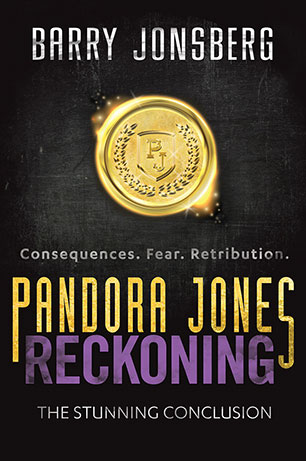 Pan blinked. Something strange was happening to her mind and body. She felt relaxed, but at the same time, acutely aware of everything. She remembered the Professor's words: she was the cause of the destruction of humanity. And she felt the truth of those words.

Pandora Jones's problems appear insurmountable. She must convince her team that nothing is as it seems and that they must escape and expose The School to save the world from the plague she unwittingly inflicted on it. The only things Pan has on her side are her gift of intuition, and her belief in the people she cares about.

But with the clock ticking, can she find a way to stop the plague, and should she do it at any cost?

Pan and her friends face off against the might of The School as the final pieces fall into place in the hugely compelling Pandora Jones series.
More books by this author More books in this series