Home>Browse>Books>Children's>Pip and Posy: The Little Puddle 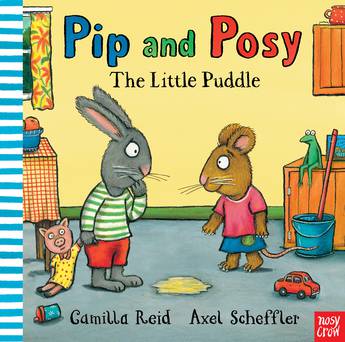 Pip and Posy are typical toddlers: they are best friends and they have fun.but sometimes, just like any other toddler, they get cross and sad, so sometimes it takes friendship, sharing and understanding - and a cuddle - to make things better. In this book, Pip comes to play at Posy's house. They have such a lovely time after their mid-afternoon snack and drink that Pip forgets he needs to go to the loo, and soon there's a little puddle on the floor. But everyone has accidents sometimes, so Posy mops it up, and lends him some clothes. The next time Pip needs a wee, he does it in the potty all by himself.
More books by this author More books in this series