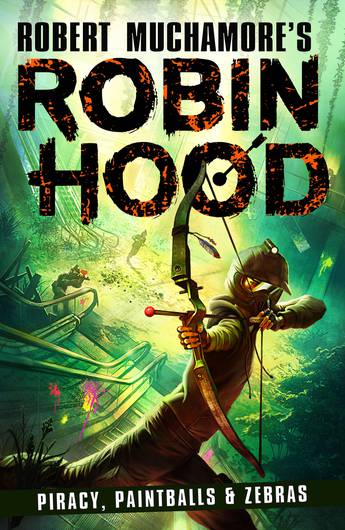 Robin and Marion are back! Second in the brand-new, action-packed series from international bestseller Robert Muchamore. 'Strikes the bullseye.' - The Times

When Clare Gisborne and Little John return to school after the Locksley Riot, there's rebellion in the air and Robin Hood's name graffitied on every wall. Power dynamics are shifting - now, instead of being a feared bully, the daughter of Locksley's most hated criminal finds herself shunned by classmates and pelted with yoghurt and rotting fruit.

Meanwhile at Sherwood Designer Outlets, Robin has plans of his own. He is determined to hack Sheriff Marjorie's office so that the rebels know her every move - and to work with animal rights activists to end a cruel trophy hunt inside the grounds of Sherwood Castle...

'Muchamore writes with tremendous energy and his dialogue flies as fast as Robin's arrows ... A new series that strikes the bullseye.' - The Times