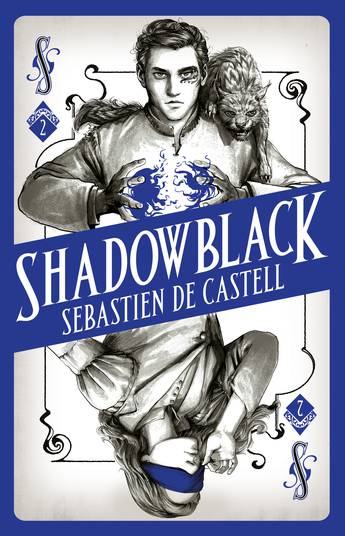 The second book in the rich, compelling and laugh-out-loud series for all teen, YA, adult and fantasy readers. Perfect for fans of The Dark Tower, Firefly, The Hunger Games and Guardians of the Galaxy.

The second book in the rich, compelling and laugh-out-loud Spellslinger series for all teen, YA, adult and fantasy readers. Perfect for fans of The Dark Tower, Firefly, The Hunger Games and Guardians of the Galaxy.

It's a few months since Kellen left his people behind. Now sixteen, Kellen and Reichis have developed something of a reputation for being able to kill unruly mages. So it's no surprise when a wealthy but desperate father asks for their help in hunting down the men who've blackmailed him by putting a deadly curse on his only daughter. But when Kellen realizes the girl is showing all the symptoms of the Shadowblack, he starts to wonder if those same mages might be able to cure his own disease for the right price.
More books by this author More books in this series

Sebastien de Castell had just finished a degree in Archaeology when he started work on his first dig. Four hours later he realized how much he actually hated archaeology and left to pursue a very focused career as a musician, ombudsman, interaction designer, fight choreographer, teacher, project manager, actor and product strategist. His only defence against the charge of unbridled dilettantism is that he genuinely likes doing these things and that, in one way or another, each of these fields plays a role in his writing. He sternly resists the accusation of being a Renaissance Man in the hopes that more people will label him that way. Sebastien lives in Vancouver with his lovely wife and two belligerent cats. Follow Sebastien www.decastell.com or on Twitter: @decastell