Home>Browse>Books>Children's>Superior Saturday: The Keys to the Kingdom 6

Superior Saturday: The Keys to the Kingdom 6 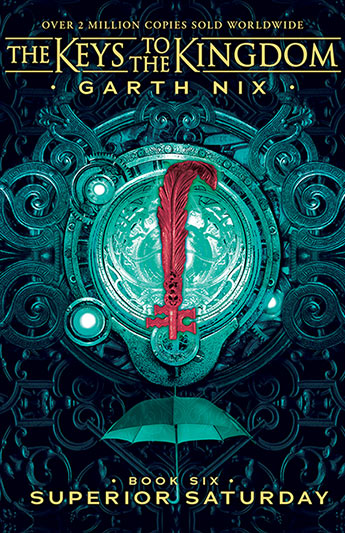 Arthur Penhaligon has wrested five of the Keys from their immortal guardians, the Trustees of the Will. But gaining the Sixth Key poses a greater challenge than any he has faced before. Superior Saturday is not just one of the Trustees, she is also the oldest Denizen and the most powerful and knowledgeable sorcerer within the House. She has tens of thousands of sorcerers at her command - and she has been preparing her forces all along. Everything is part of a greater plan she has been hatching for ten thousand years.

Even if Arthur can find a way into the Upper House, discovering the Sixth Part of the Will and gaining the Sixth Key might not be enough to counter Saturday's sorcerous hordes or stop her bid for ultimate power: power that means the total destruction of the House and the entire universe beyond.
More books by this author More books in this series